With its long, earlike tufts, intimidating yellow-eyed stare, and deep hooting voice, the Great Horned Owl is the quintessential owl of storybooks. When clenched, a Great Horned Owl’s strong talons require a force of 28 pounds to open. The owls use this deadly grip to sever the spine of large prey. Great Horned Owls are fierce predators that can take large prey, including raptors such as Ospreys, Peregrine Falcons, Prairie Falcons, and other owls. They also eat much smaller items such as rodents, frogs, and scorpions.

Protector of the Unseen

Able to Hear What is Not Spoken 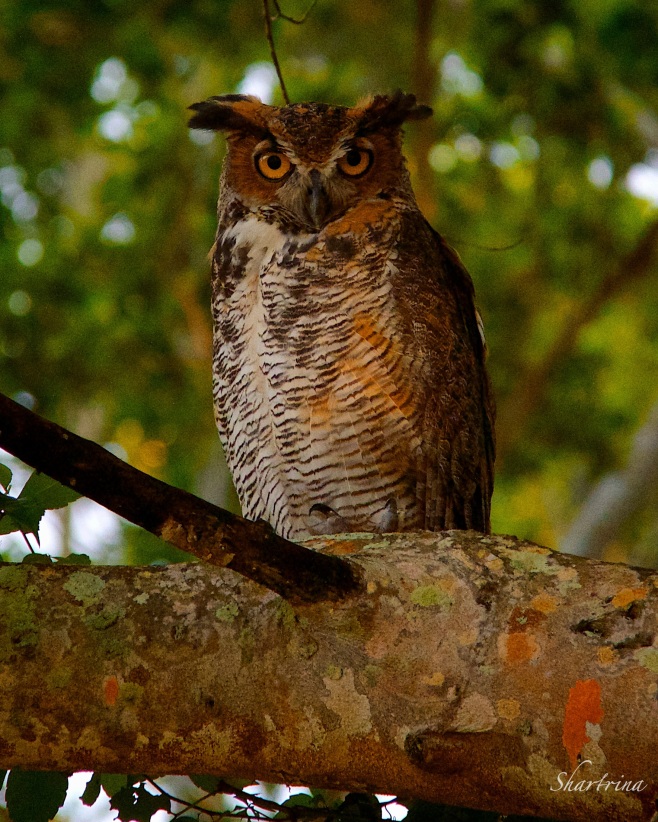 Hear what is not said, but what is hidden.

This Owl was found in the same tree as the Red Tailed Hawk in my blog a couple of days ago;  “It has long been believed that the Owl and the Hawk are closely connected and enjoy a symbiotic relationship.  Each has dominion over a territory and share that realm, the Hawk akin to the Sun god Apollo who rules the day, with the Owl the counterpart of the Moon goddess Artemis who rules the night.  In fact, most owls are nocturnal (meaning they are awake and active during the night) and Hawks are diurnal (active during daylight), so this mythological correlation is not far from reality.

During the day, the Hawk flies throughout the territory, keeping the boundaries free of encroaching threat and trespassers while hunting for food.  Hawk`s patrol of the territory is relinquished at dusk as he journeys to sleep, while Owl awakens to begin her night duties.  In this manner, though they seldom (if ever) directly interact, Owl and Hawk are never the less closely linked to one another and their environment.

It’s been raining so much, that it makes it difficult to get out on the trails.  This morning Winston and I attempted the trail that leads to Boggess Hole and Whidden Creak.  We didn’t get very far.  We were attacked by mosquitos and horse flies.  We opted for the remote roads instead.   There are literally no houses in this area, just roads with grass growing up through them, and all the wildlife below.  It reminds me of what Forest Gump said, with a twist, “Photography is like a box of chocolates, ya just never know what your goin to get!” 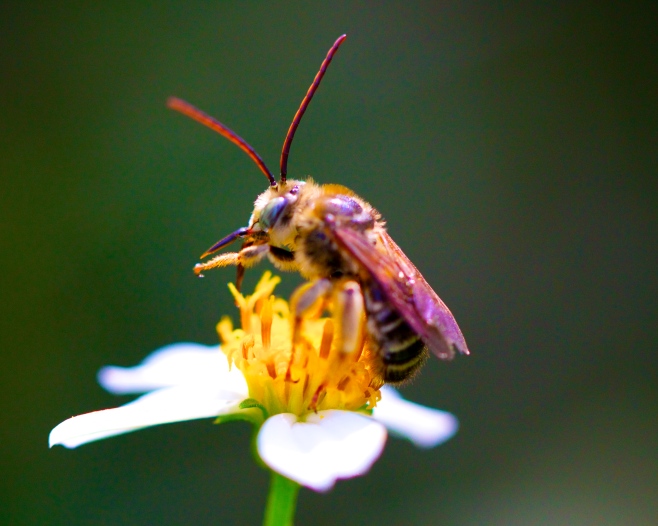 The Red-tailed Hawk has a thrilling, raspy scream that sounds exactly like a raptor should sound.    Sometimes you can close your eyes and almost imagine you live in the time of the dinosaurs.  I took these pictures last night, thanks to Gabe!  He spotted the hawk in the Banyan Tree, and promptly let me know so that I could get these beautiful pictures. 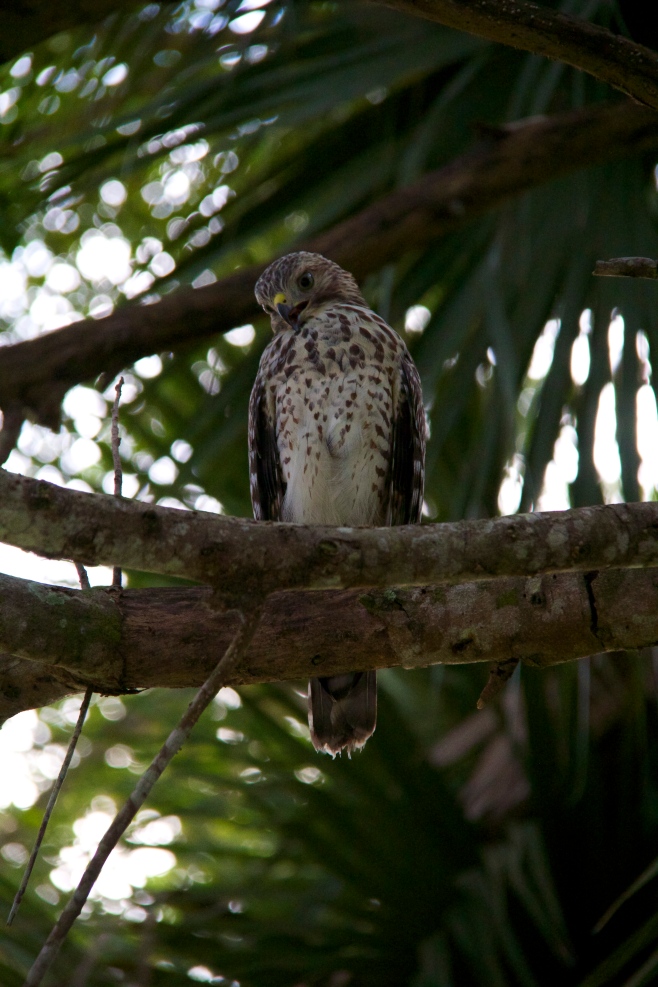 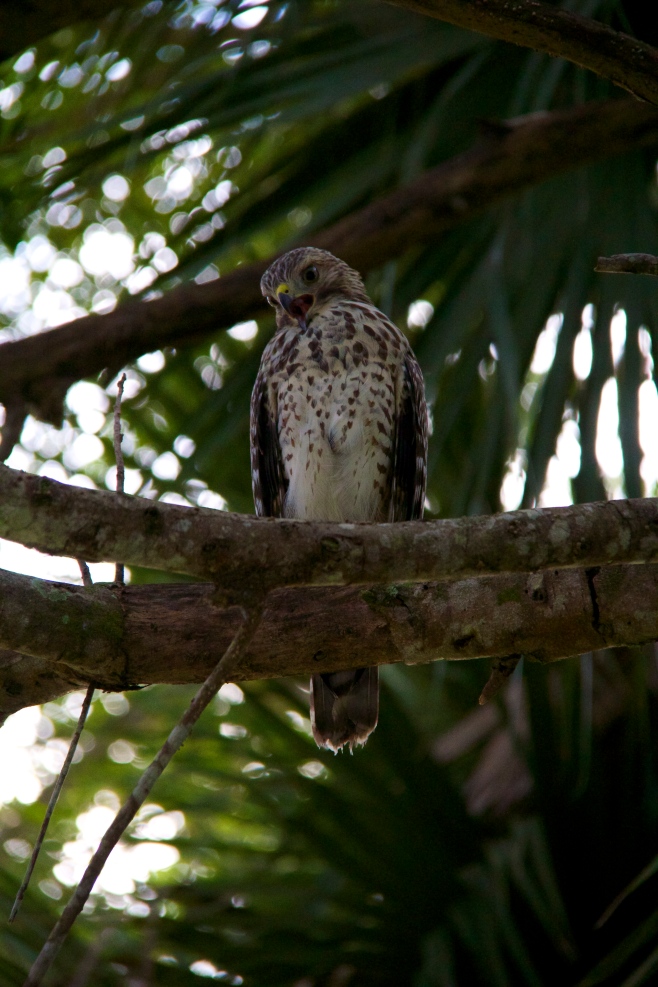 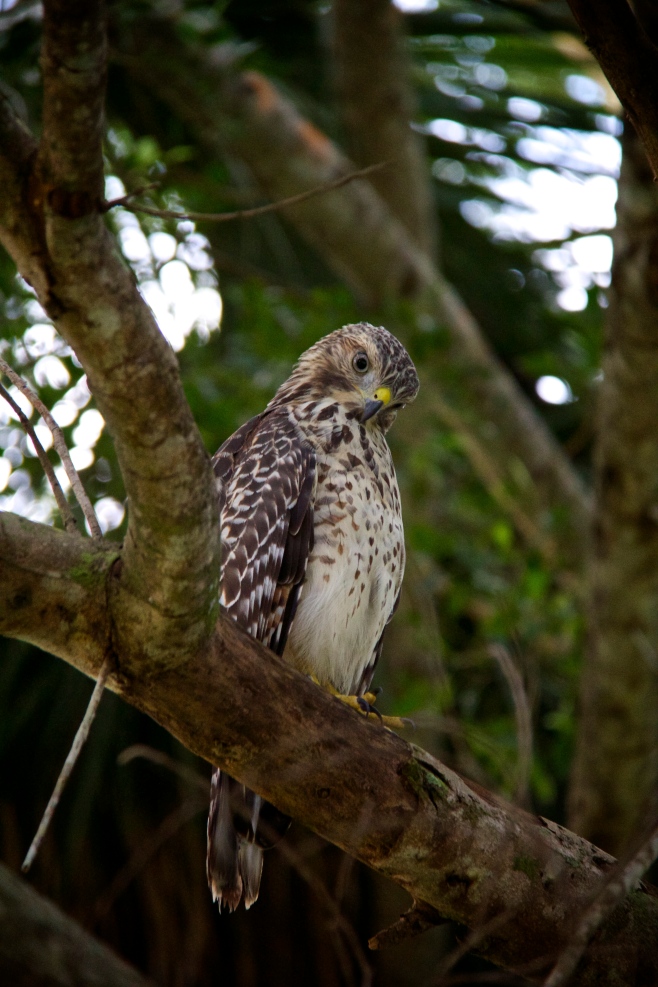 Do you ever wonder what the coyotes wake up to, what the wild pigs see early in the morning! Wonder no longer.

I love hiking in the morning!  Watching wildlife in its habitat is a rare gift, and nothing less than the most precious treasure. 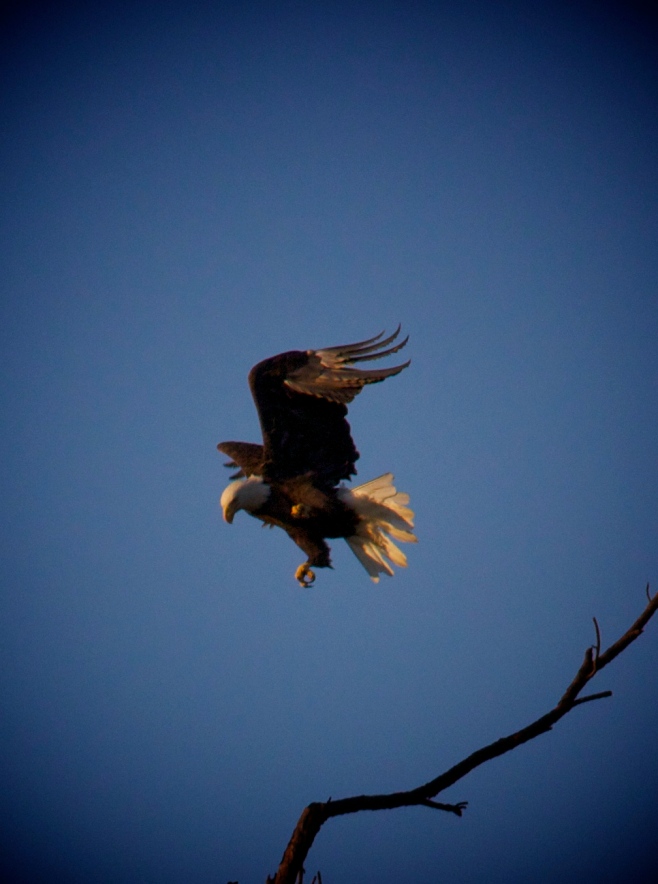