Winston, my dog, and I were out for a run.  He stopped to sniff something fabulous beside this Banyan tree.   I was intently watching him when I heard the Banyan talking…well, it was more like buzzing.  I glanced to my left and in a small little cave inside the banyan, a hive on the move had decided to take a rest.  I don’t think the bees will make this their home. I will have to check back later this week to confirm.

Given those facts, and the fact that I am very allergic to one sting.  I left promptly.  But I wanted a picture, so I came back armed with my Epi pen, just in case.  I am glad I did. 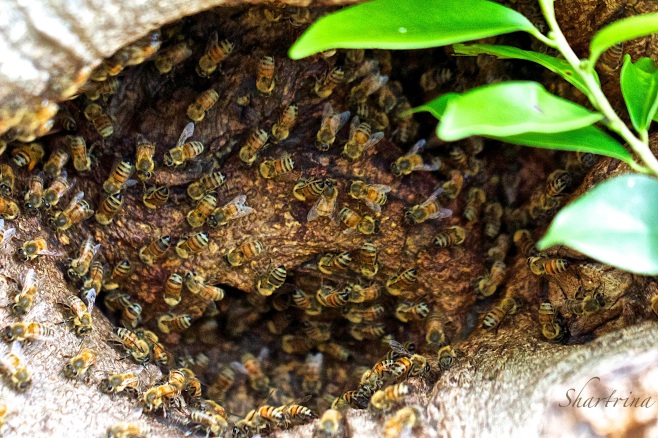 3 Responses to “The Talking Banyan”