“Haven’t they revoked his license yet?”

“Move aside…give me room…here I come, my eye sight isn’t what it used to be”

I feel so privileged to have been in attendance at this unbelievable musical.  When an alligator makes a vocalization it is called a “bellow”.  The associated movements from one “bellow” to the next is called a “bellowing cycle”.  A number of bellowing cycles produced in a series is called a “bout” and combined “bouts” of individuals is called a “chorus”.  The bellowing of one animal stimulates others in the population to bellow.  When bellowing begins the chorus spreads rapidly.  The bridge I was standing on vibrated from the choir’s performance.  It filled my entire body.   It was beautiful, eerie, scary, and absolutely magical all at the same time.  Without further adieu I present you the choir:

This is the conductor…he started the the first bellow… 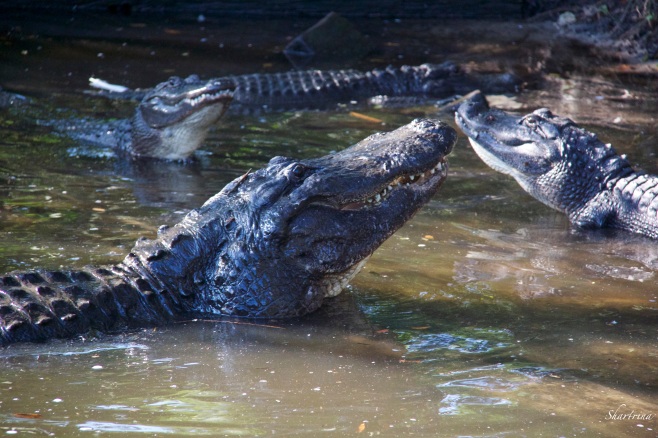 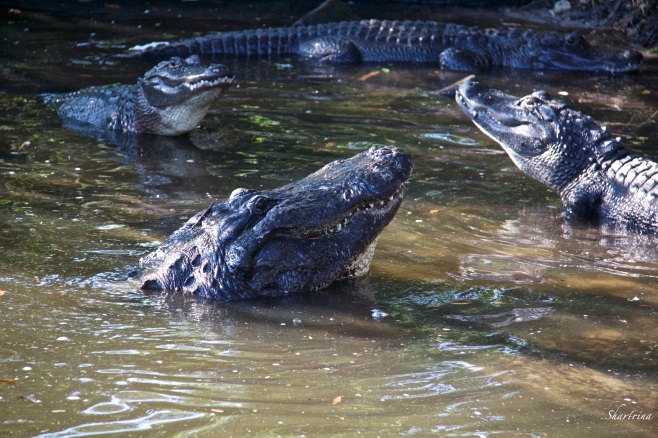 This one scared me…he also needs to see the dentist.  It felt like he was thinking of leaping straight up and chomping my camera into bits…and if he got me, that would be ok too 🙂

I am in Jacksonville for work.  I almost went back to my room and stayed in for the night.  But I pushed myself to venture out.  So glad I did.  It’s so easy to do the comfortable thing in life…but the most rewarding is always when I push myself to do what’s uncomfortable…so glad I did.

You never know when a donkey and squirrel will dine next to you!!! 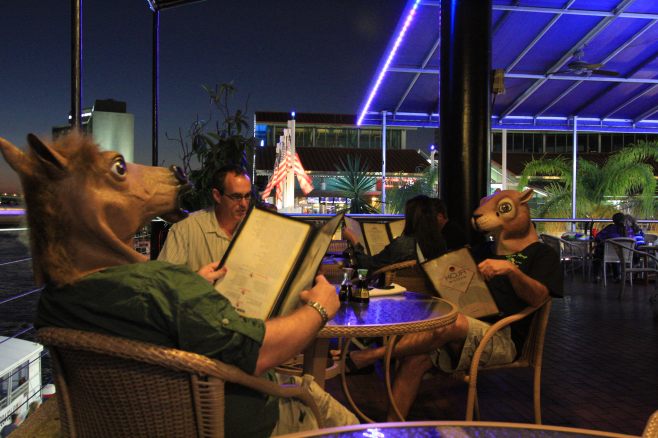 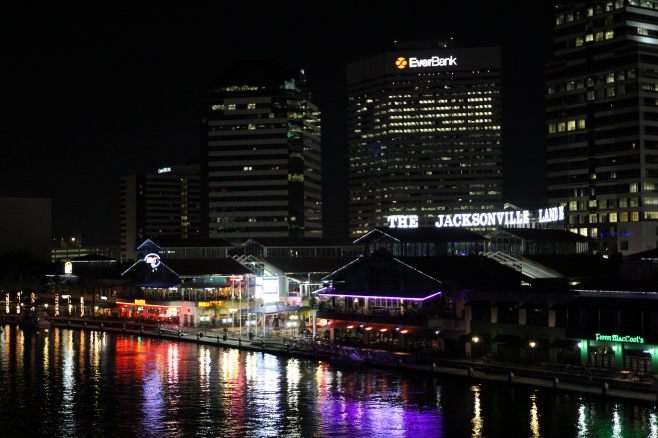 The diet of the American Pipit consists primarily of seeds, but insects are also eaten when available. American Pipits may be best observed while foraging on the ground, where they may be seen walking or running in pursuit of insect prey. This species may also be seen in flight, where it may be identified by its long wings and undulating flight path.

This one seems to feel it’s finally reached it’s destination. It can finally rest..since this is the End of the Road.. 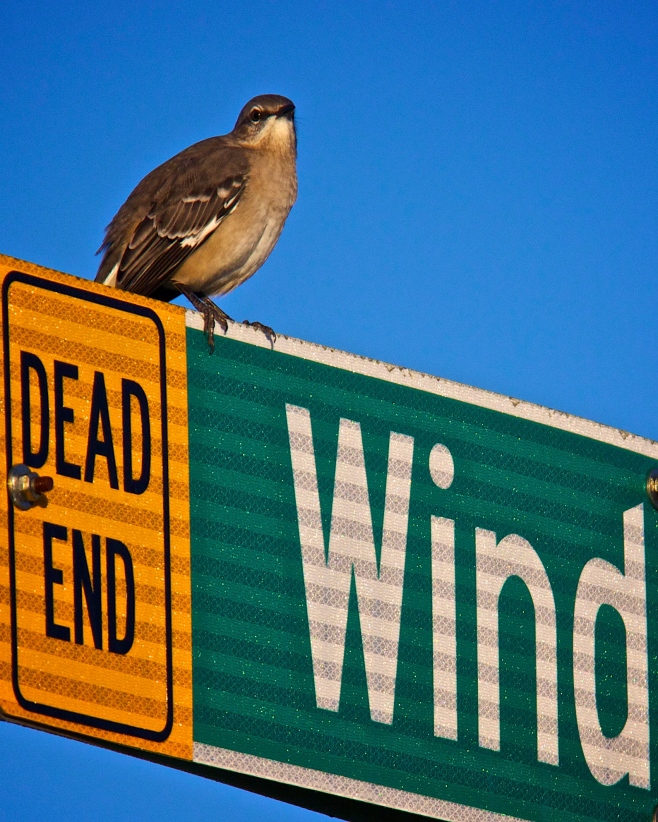 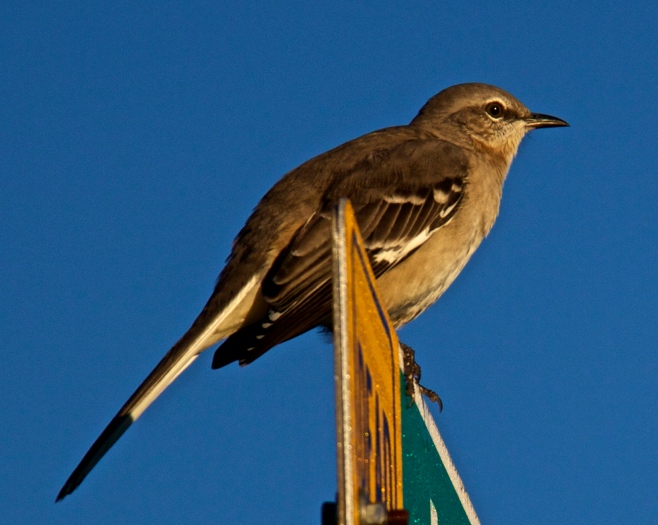 Temperamental fellow…He had his eye on me the whole time, and then tiring of me he flew off.  That is until I found him again.  Look at his facial expression on the last picture.

Tonight I was researching more about them…and found this  “Red-shouldered Hawks are aggressive, sometimes locking talons with intruding hawks and also attacking crows, Great Horned Owls, and even humans.”  HMMM…temperamental is being nice. 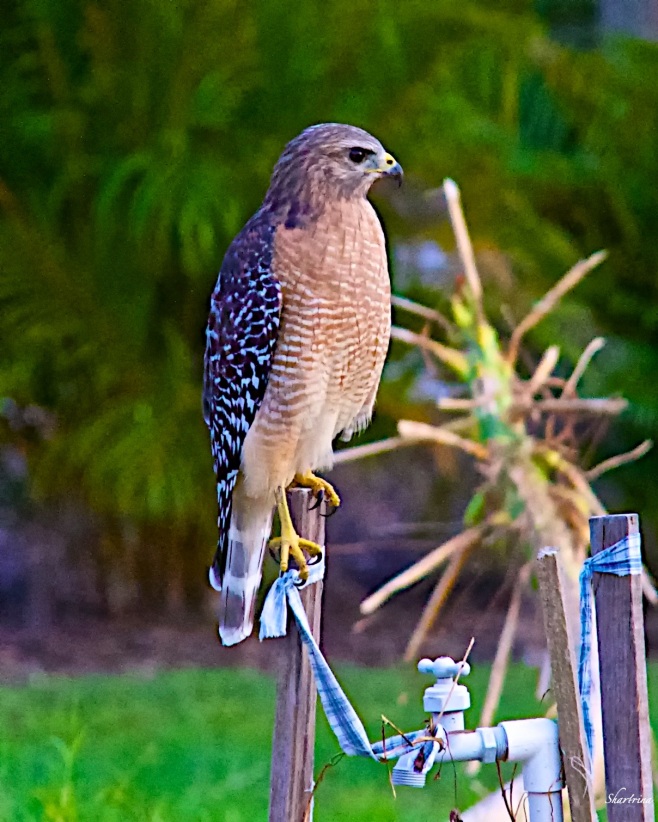 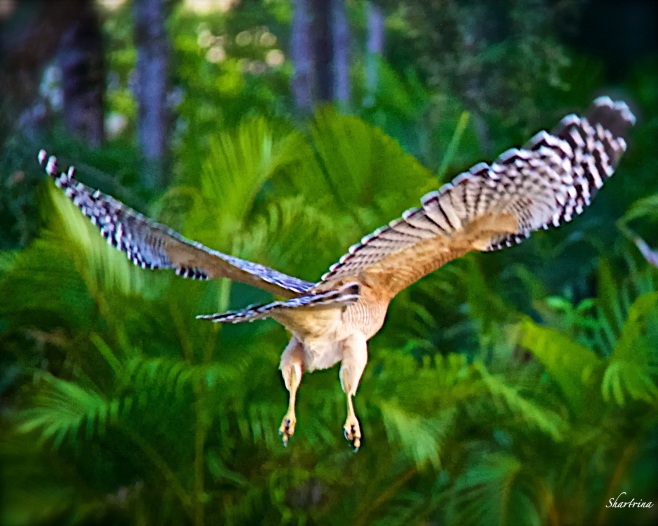 It is so much fun to watch Osprey go about their daily life, but don’t be fooled they are watching us too!

Ospreys are packrats who build their nests high, and jam the nets walls with everything from boat line to Easter tinsel to plastic bags.   Like the birds themselves, the nests are big and conspicuous, and at the nest the birds go about their behavior in a fairly obvious, even-paced manner, as if winking and making sure I got it all on camera. 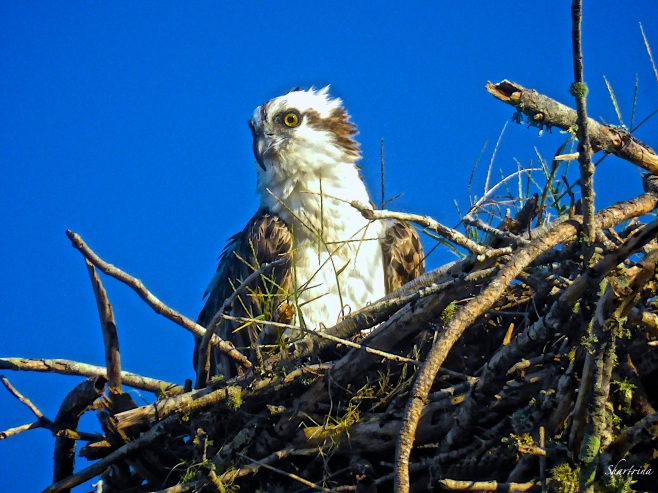 My friends this is for you…

Not quite sure who’s watching who?   Absolutely Majestic!  I never tire of seeing eagles.  I photographed this one on my morning walk.

Sometimes if we change the way we think or look at something, the beauty of it will unfold right before our very eyes. 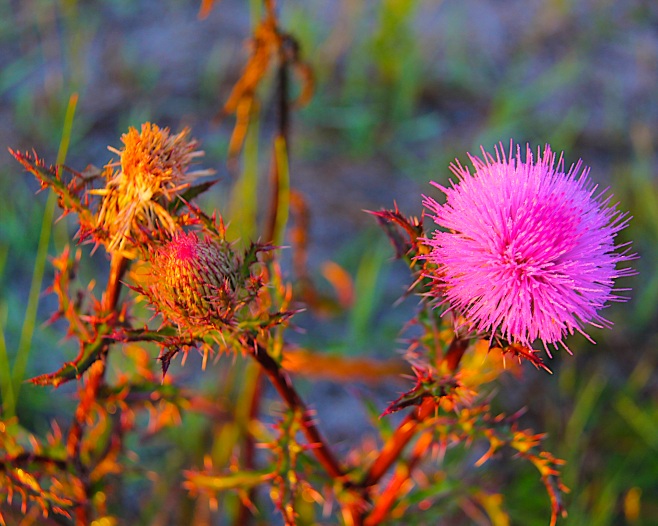