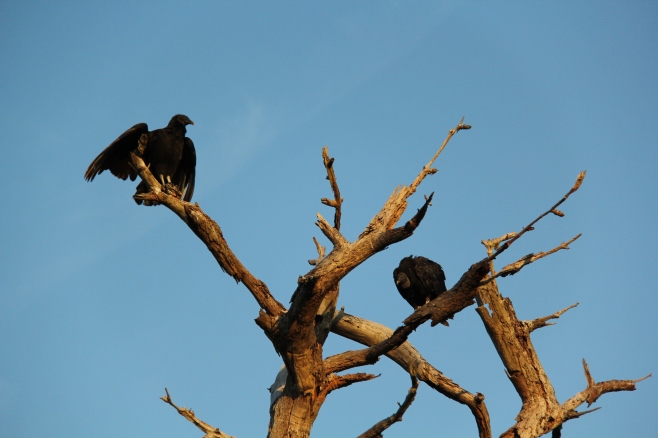 A bit less than 2 feet tall, a tad lighter, a narrower wingspan of 54 inches tipped with white feathers on the undersides of their wings, and the rest is a dull black feathering compared to the Turkey Vulture. The Black Vulture sports a wrinkly face and bare black head. Its legs are white-toned and its rounded tail does not cover all of its legs when in flight. They tend to flock while flying. The Black Vulture will readily feast on live prey instead of just dead or dying prey. They have keen eyesight but lack in a strong sense of smell. Though smaller in size than a turkey vulture, the Black Vulture will aggressively keep Turkey Vultures at bay! The lifespan tends to be about 5 years for the Black Vulture. 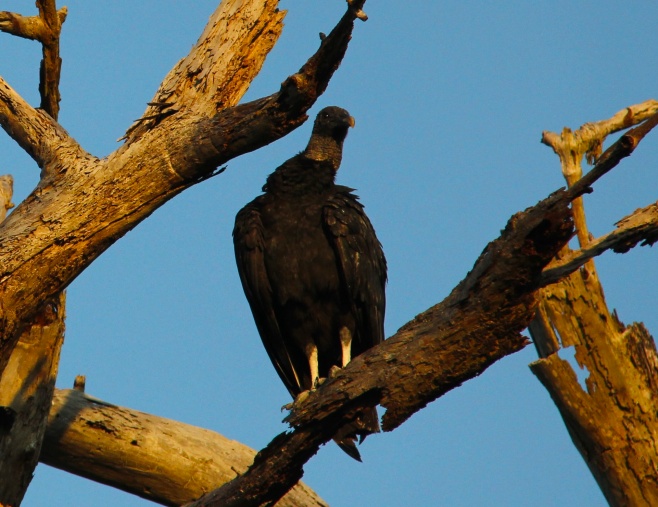 Interesting Facts:  They are valued, and feared, as birds that clean up carcasses after death.  At times they have been know to kill dying animals.  Vultures feast and gorge when kill is available storing it in their crop from which they can regurgitate the food for their young.  A vulture’s stomach acids are powerfully corrosive allowing them to safely digest rotting and diseased flesh.  When threatened they have the ability to projectile their corrosive vomit to ward of unwelcomed creatures and people.  They urinate straight down their legs with urine that kills bacteria from walking on rotting carcasses.  (Now that’s interesting!) 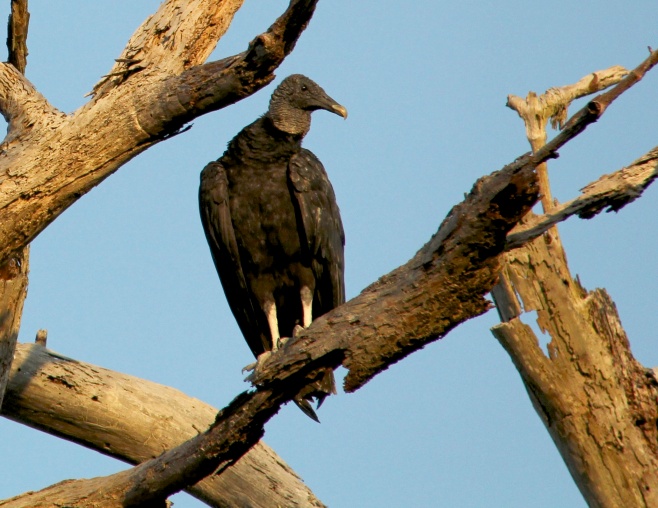 Vultures mate for life and are very social birds that tend to hunt together and share the kill! 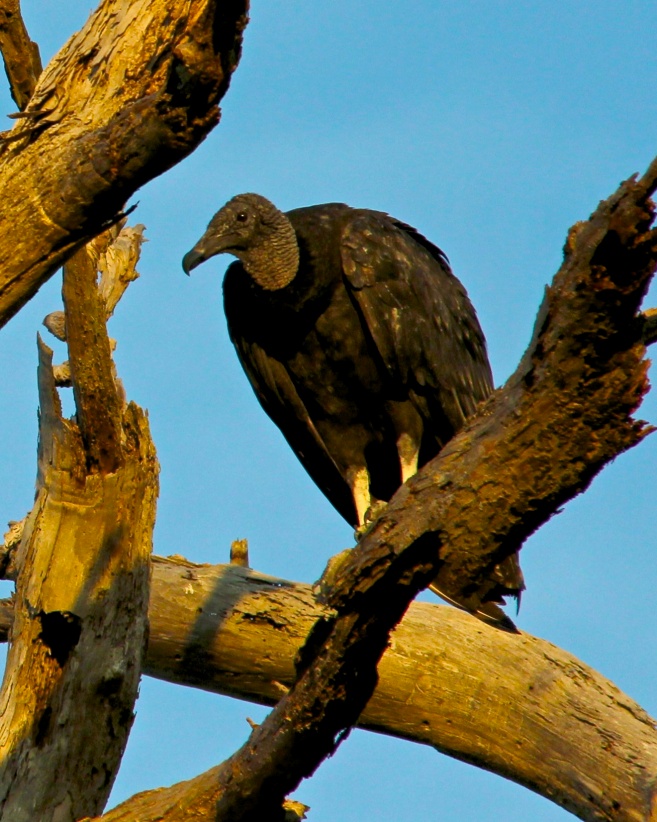 The Symbolism or Meaning of Vultures

Vultures  may be a reminder of the strength and importance of family and friends. Do you ever see a vulture by itself? Usually not! They like to stay in groups, hunt in groups, soar in groups, and roost in groups. They may be trying to tell you not to be negligent to the people you love; sometimes, independence isn’t a such good thing! We need to be surrounded by people who love and care for us, who will hang around us no matter what we eat or how bald we get!