A “Wild High” is the only way to describe finally photographing this beautiful cat!  Matt’s ventilator alarm went off last night, so I was tired and decided walking around Cape Haze to find the bobcat might be good goal.  I was just heading home after an hour and half of a walk-run (hard to run with a camera), literally .1 of mile away.  I was happy, even though I hadn’t gotten the bobcat because I had gotten a great shot of an osprey.

Resigned to try another day,….until right there she was.  In the Blink of an Eye!  My heart was pounding, and Winston’s hair raised on his back. Winston went into hunt mode. I could feel the thrill of the hunt coursing through every fiber of his being.  Exhilaration an understatement.   We followed the bobcat for about 5 minutes, the whole time she watched us. At one point, I debated to pull out my tazor or keep shooting.  Maybe you can tell which picture I debated that issue on.  🙂 We watched her and I kept shooting, until she finally had had enough of the big red dog, and the lady with camera. Off she went, in the blink of an eye!  In the blink of an eye, a lot can happen, a lot can be said.  A blink is exactly how long it takes Matt to communicate “one letter”, in one blink, one bobcat can appear, then disappear.  In a Blink of an Eye! 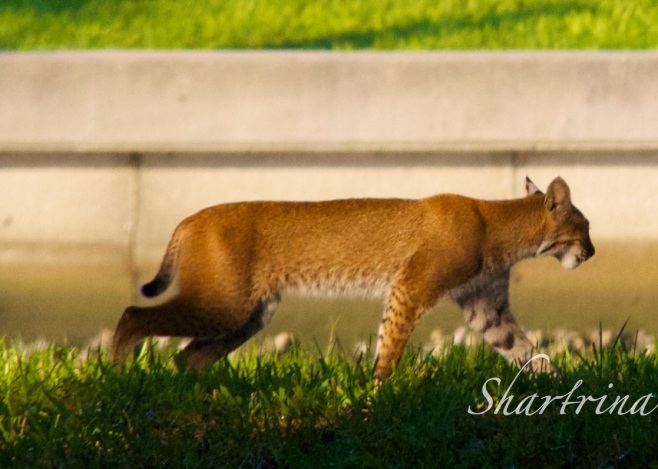 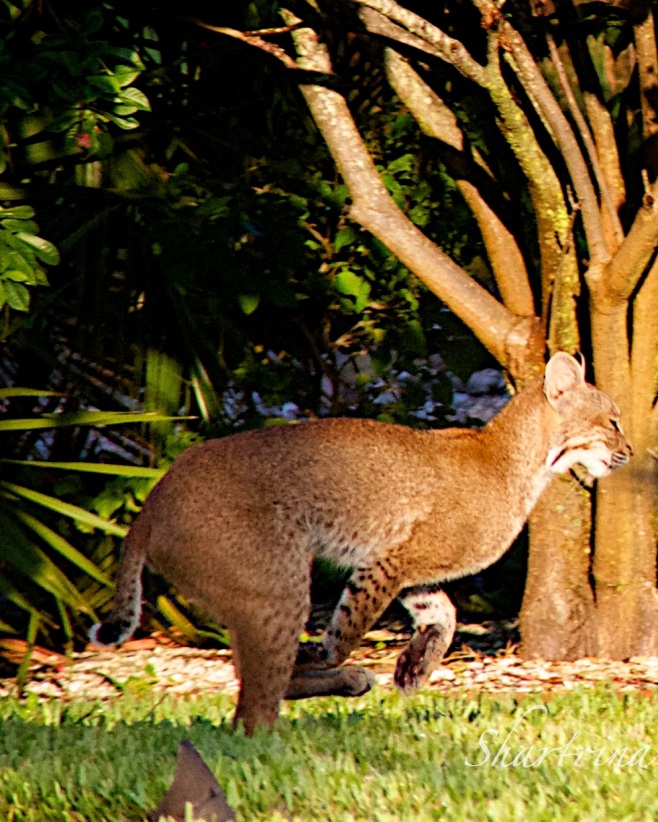 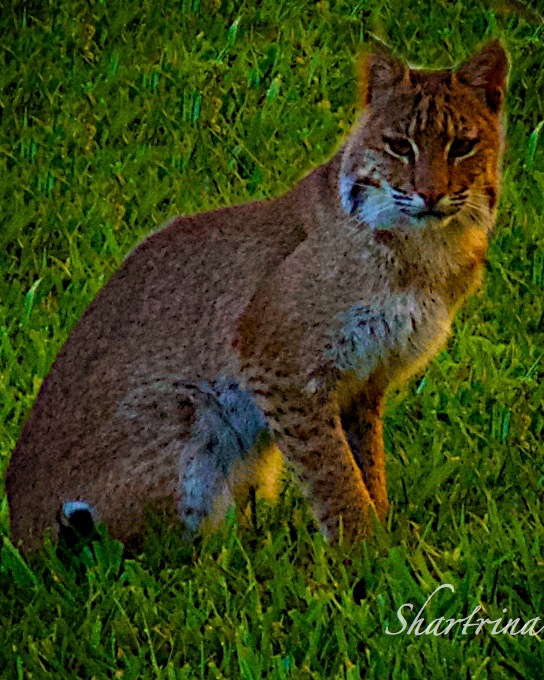